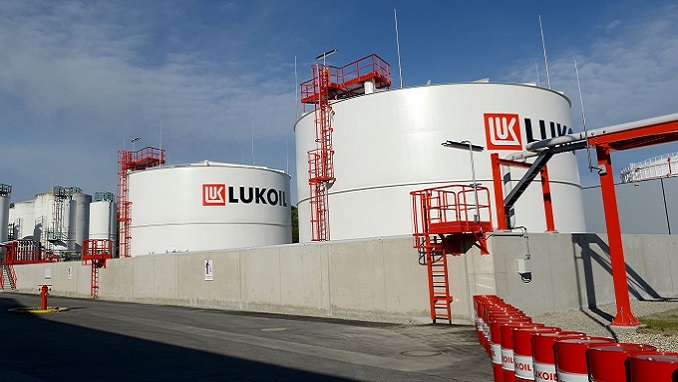 Vagit Alekperov, former deputy head of Minneftegazprom of the USSR, knows how to defend the independence of his company

Lukoil, Russia’s largest private oil company, officially declared its birthday on November 25, 1991, when Gennady Burbulis, Deputy Prime Minister of the Yeltsin Government, signed the decision. However, the very idea of creating a separate concern out of the key assets of the future Lukoil was born a year before that. Its author was Vagit Alekperov, then deputy minister of the oil and gas industry of the USSR.

It was not easy for Alekperov to create a separate structure. Today, more than a quarter of a century later, Lukoil’s independence is under threat again. In his interview with the Financial Times the head and major shareholder of Lukoil Vagit Alekperov #10 had to spatially explain why his company will remain private and why there is no threat of takeover by Rosneft.

The state oil company and its head Igor Sechin simply do not have mechanisms that would make it possible to buy Lukoil if its owners have no desire to sell their stakes. According to Alekperov, Rosneft head Igor Sechin “had to buy only those assets that were available for sale.” “TNK was sold by shareholders. “Bashneft was put up for sale. But not Lukoil,” Alekperov said. “There is no other mechanism to buy if we are not for sale,” he explained.

These comments, naturally, did not calm the situation, but rather the opposite. Rumors of a possible takeover of Lukoil by Rosneft have been around for a long time. And Alekperov is not lazy to refute them regularly. In 2013, when Sechin’s company finished the takeover of TNK-BP and outlined the next direction of expansion, the head of Lukoil, for example, said: “We have not received any official offers [from Rosneft], nor have there been any negotiations. Then, Lukoil is not for sale – I keep repeating this. Whoever wants to buy a block of shares in Lukoil can always go to the exchange. Nevertheless, the threat from Rosneft keeps coming up.

The history of Lukoil is the history of a good tenth of the USSR oil industry, which was privatized by a deputy Soviet minister and a group of his soul mates. The list of Lukoil assets was approved in the fall of 1992, when Boris Yeltsin signed a decree defining the contours of the future organization of the industry. Rosneft was expected to be the biggest player here, and it was to be competed by private Lukoil, Surgutneftegaz and YUKOS.

The further course of events was determined by the specifics of Russian politics in the 1990s. There appeared Tyumen Oil Company, spun off from the assets of Rosneft and privatized in favor of the owners of Alfa Bank. Sibneft, created by Boris Berezovsky #136 and Roman Abramovich #17, also split off from the state oil company. At Yukos, Mikhail Khodorkovsky #192 and his people took control.

Then, in exchange for Yeltsin’s support in the 1996 elections, the nascent big private capital was allowed to share state property, including in the fuel and energy sector. Vagit Alekperov, against the background of these “young oilmen”, looked like a man of the old formation. Nevertheless, the oligarchic order of the new Russia turned out to be quite comfortable for him. In 1997, the American Forbes included Alekperov in its list of the richest. His fortune was estimated at $1.4 billion.

After the 1998 crisis, the election of Putin and the beginning of the growth of world oil prices, Russian oil companies began a policy of “legalization. Companies disclosed their owners, listed their stocks on stock exchanges, tried to look like their Western counterparts and took care of their capitalization. “Lukoil was a little later than Yukos, but it went that way. In 2004, when Forbes Russia compiled its first ranking of the richest, Vagit Alekperov was placed 10th with a net worth of $3.9 billion.

Life moved on, and “oligarchic” oil in Russia ended with Putin’s second term. “Sibneft, Yukos were nationalized. Then came the turn of TNK, absorbed by Rosneft. The last stop on the way to nationalization of the oil industry was the scandalous purchase of Bashneft.

What is left in the private sector? “Lukoil and Surgutneftegaz (if you don’t count the “trifles” and consider Tatneft, which is controlled by the government of Tatarstan, state-owned). This was roughly how it had been planned by that very decree of Yeltsin, which had sliced up the structure of the Russian oil industry. That arrangement was convenient for Alekperov. He was, in fact, one of the authors of the document’s concept.

In 1995 in one of his first interviews Vagit Alekperov described the history of the creation of Lukoil as follows: “In the distant 1990 when the law on state enterprises was adopted and the reform of ministries began, I proposed to the then head of the USSR Ministry of Oil and Gas Industry Filimonov the concept of a corporation based on the Ministry, and he basically approved it. … In principle the idea was the same as that of Chernomyrdin, who not long before created Concern Gazprom.

However, according to Alekperov, it was not possible to create “oil Gazprom”. According to them, officials from different ministries could not agree. “Therefore, in the same year the idea was born to create a concern with a limited number of participants,” recalled Alekperov. That idea was implemented, though not without resistance. “At that time, I was severely criticized in various instances for “destroying the industry. But we held out,” Alekperov said.

Nearly three decades have passed since then. History has taken a new turn and returned the Russian oil industry to a state in which the main player is the state concern. There are, of course, differences: at the dawn of the USSR, the KGB did not so blatantly implant its generals into the management of the oil industry and avoided demonstrative special operations. Also, it is hard to compare the income of top executives in the industry of those days with that of today. But the nerve of the confrontation is the same.