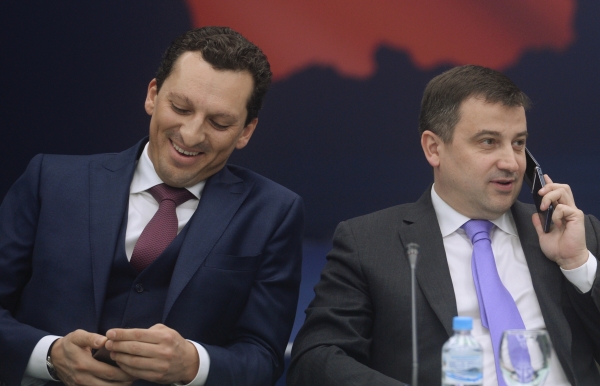 After the deal with Shamalov, Mikhelson increases his stake in the petrochemical giant to 48.5%

Businessman Kirill Shamalov #151 has sold 17% of Sibur shares to another major shareholder of the petrochemical company, Leonid Mikhelson #4 , according to a press release from Sibur. The press-release states that OOO Trust purchased 17% of shares from OOO Yauza 12 and also increased up to 99.9% its stake in the authorized capital of OOO OleFinInvest that owns 34.08% of shares in the company. According to the Kontur Focus database, Yauza 12 LLC is owned by Kirill Shamalov and Trust LLC is owned by Leonid Mikhelson.

The beneficial ownership structure of SIBUR Holding PJSC as a result of these transactions is as follows. Leonid Mikhelson owns 48.5%, Gennady Timchenko #8 – 17%, acting and former management of SIBUR Holding PJSC – 10.6% (including President of the company Dmitry Konov #195 and General Director of Gazprom Neft Alexander Dyukov #184), Kirill Shamalov – 3.9% and two Chinese companies Sinopec and Silk Road Fund – 10% each.

The amount of the deal between Mikhelson and Shamalov is unknown. A representative of Sibur did not comment on the change in the company’s shareholder structure. In late 2015 and late 2016, when 20% of Sibur was bought by Chinese investors, as a result of these transactions, the company was valued at $13.38 billion. Thus, 17% of Sibur, which belonged to Shamalov, may be worth $2.275 billion. In September 2014, Shamalov acquired 17% from Gennady Timchenko with borrowed funds. At that time, Shamalov already owned 4.3% of the company, which he purchased as part of a management option program.

It is possible that the deal between Shamalov and Mikhelson will not end with the changes in the structure of the petrochemical company’s shareholders – this follows from Leonid Mikhelson’s commentary, quoted in Sibur’s press release. “Sibur is one of the fastest growing petrochemical companies in the world, is successfully implementing a number of large-scale investment projects, and has a long-term development strategy. The consolidation of the additional shareholding is conditioned by the plans to attract new partners to build up the company’s industrial potential,” Mikhelson said.

Kirill Shamalov is the younger son of co-owner of Rossiya Bank, Nikolai Shamalov. He came to Sibur in 2008, and before that he worked at Gazprom, Rosoboronexport, Gazprombank and the government apparatus.

In 2016, Forbes for the first time included Kirill Shamalov in the rating of the richest people in Russia, then his condition was estimated at $1.2 billion. Considered a billionaire businessman became possible after the sale of 10% of Sibur to the Chinese state company Sinopec for $1.338 billion, held in December 2015.

In 2017, Shamalov also entered the rating, ranking 74th with a fortune of $1.3 billion. He is the youngest billionaire in the Forbes list.