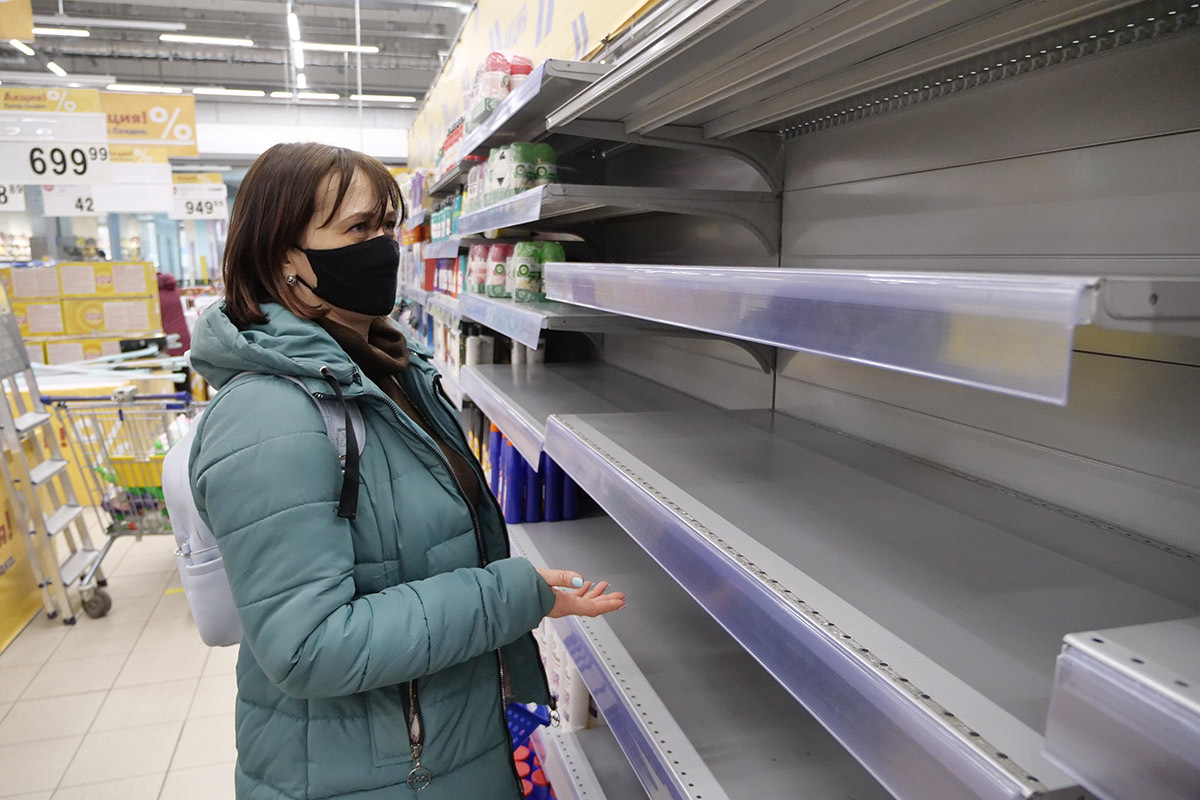 Price tags for domestic goods still react sharply to changes in the ruble exchange rate. This is due to the significant foreign currency component, which is present in the cost of even bread and vegetables

This year marks the fifth anniversary of the food embargo and the attempts to replace products from the sanctions list with domestic products. Exactly the attempts, because even after 10 years there will be no import substitution, if the currency component of the goods remains the same. The import substitution policy itself is not bad: the production of meat and dairy products has increased. But it turned out to be ineffective, as the dependence on agricultural imports has not been reduced, and the prices for them have risen.

Today you can find any domestically produced goods on the shelves. It would seem that we are fully self-sufficient. Why then do prices react so sharply to changes in exchange rates? It is the currency component in the cost of goods, even bread and vegetables. What does it consist of?

Let’s take the example of cheese – the most currency-intensive (up to 85%) product of the “sanctions list”. It has become almost a symbol of the import substitution policy: how much has been broken about the quality of Russian cheese after the first head of imported Parmesan was crushed by a bulldozer. Despite the high proportion of counterfeit, there is still honest cheese made from natural milk in Russia. We will calculate its currency component.

When making cheese, raw milk accounts for the bulk of the cost of production. Few people realize that there is an acute shortage of milk in Russia, let alone raw milk. It seems there is plenty of land in the country, where to grow fodder for livestock, and supermarket shelves abound with dairy brands. In reality, the industry is in serious crisis, being the most depressed in the FMCG market. Lack of modern technology, current approaches in milk production and processing, lack of quality raw materials and professional staff are the main problems.

Because of the shortage of milk farmers do not fight for its quality. The attitude is: white and white, what else is needed. It is impossible to make high-quality cheese from what is sold in stores. Thus, producers of natural cheese have in addition to produce cheeseless milk themselves, the cost of which is tied to the currency due to the cost of keeping livestock and equipment.

Large farms and high-tech complexes are equipped with imported equipment: milking parlors. Following the rise in the value of the euro and the dollar, the cost of maintenance and consumables has risen. Milk producers also depend on imports of other equipment – for land cultivation, fodder harvesting and farm maintenance.

And what about Belarusian equipment, you ask? Well, any agricultural holding is interested in buying such machinery which is not repaired every season. It is also important for productivity, and imported equipment is more productive. We live in the zone of risky agriculture, suitable weather is established for a short period of time, and it is necessary to do the whole volume of work.

Some fodder is grown in Russia, but seeds of good selection are imported, purchased for currency. Fodder components – soybean and rapeseed meal, as well as vitamins – are also purchased for foreign currency. There is also Russian meal, but its price is formed and counted in euros, because it is supplied to Europe. If you want to buy, you have to pay in euros. Even the cost of fertilizers on the Russian market is pegged to the dollar.

Now about the herd itself: animals with good genetics are only bought abroad. Just like the seed of bulls for breeding. If you bring a Holstein-Friesian breed from Australia, you will not bury the spent millions and inseminate animals from bulls with questionable genetics.

In addition, a serious share of imports in milk production comes from paying foreign consultants to maintain and develop farms. Plus there is the software for analyzing and monitoring the farm. Almost everything that concerns veterinary medicine is imported. The ruble component in milk production is land and resources: water, gas, electricity, and labor. So we get Russian milk with foreign roots.

Milk alone provides 70% of the foreign currency component in the cost of cheese. And we also need imported sourdough. European equipment for milk processing, as well as cheese ripening and packing cells. The cheese-making technologists and consultants are Europeans, who are paid in euros. You can’t do without them: Russia doesn’t have its own culture of producing quality cheese. So there is an 85% foreign exchange burden.

The first and last anniversary of the embargo?

Today in the dairy industry came new investors, launched several major projects, but quickly increase the volume, which the country lacks for at least half a century, is unreal. The dairy industry will never give a rapid growth rate, this is its fundamental difference from poultry or pig breeding. It will take 15-20 years to bring the industry to a digestible form – with the great desire of producers and the active support of the state.

Unfortunately, this castle is being built on the shaky sand of sanctions policy. Change may come unexpectedly and fairly quickly, then the food embargo is likely to fade into oblivion. The Russian market will once again be filled with European dairy products, in particular, high-quality cheeses that will be cheaper than domestic ones. Good for the consumer: the proportion of counterfeit and low-quality products will fall sharply. However, the damage for Russian producers who have invested a lot of money in the development of the industry will not be avoided.

In February of this year, the government began discussing the “stabilization clause” – simply put, possible compensations to business due to the abolition of the food embargo. But this will not solve the problem of poorly developed agriculture and industry. Will a quality Russian product with such a currency component be able to compete freely with European products? Obviously, state support will be life-sustaining for the industry.

This support is not only the stimulation of production, the development of the real sector, small and medium businesses. It is necessary to develop the infrastructure of the villages, so that people want to live and work in the countryside. Society’s very attitude to agriculture must change: in the West, the farmer is a respected person, while in Russia he is still a “collective farmer. Alas, we start talking about the development of agriculture only when oil prices go down. And until this problem is understood, the quality and cost of our products will continue to depend on Europe and the United States.