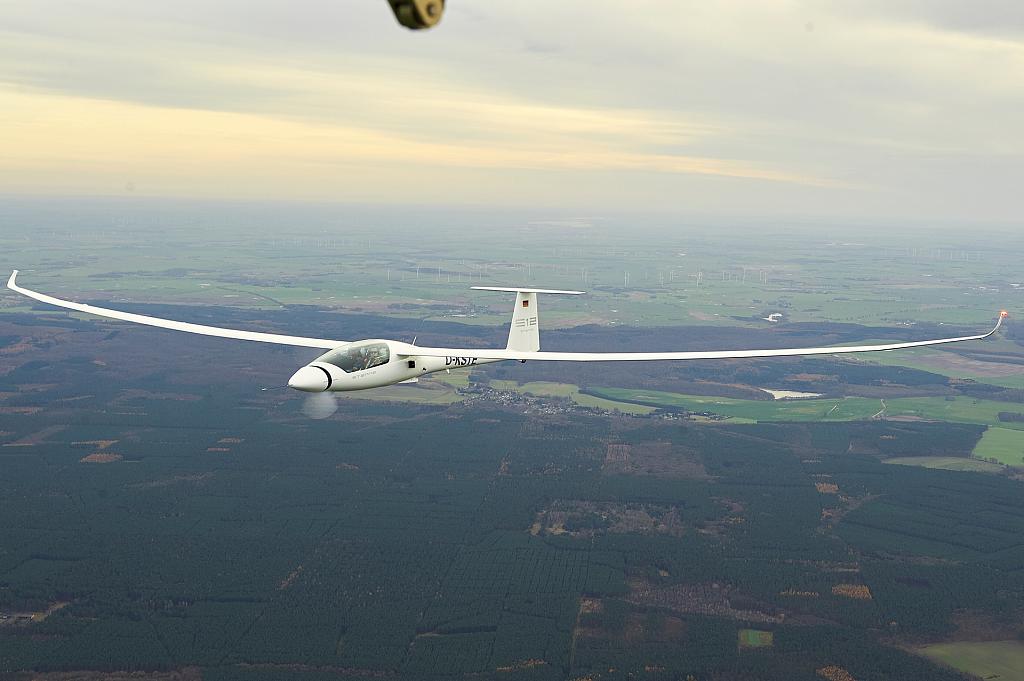 In late April, at a meeting with President Vladimir Putin, Viktor Vekselberg, the head of the Renova Group #22, said that he intended to create a solar-powered flying vehicle to fly around the Earth. According to the businessman, the glider will fly around the globe in 120 hours, which will be a new world record.

This is not the first attempt to create a solar-powered flying machine – in the summer of 2016, Solar Impulse completed a round-the-world flight. Nevertheless, it needed to make 16 landings, while Renova expects to make a nonstop flight.

It is planned that the Russian project will be implemented in three stages: the first stage will be the creation of a high-altitude flying laboratory for testing the power installation on solar modules and supercapacitors, the second stage will be the development and construction of the flying vehicle itself, and the third will be the flight around the Earth.
“From a technical point of view, it will be primarily a high-performance glider,” said Mikhail Lifshits, director of high-tech asset development at Renova Group, who oversees the project.

He said that the vehicle will be equipped with an electric engine, but it will not be used all the time, but only in cases when the methods of climbing, typical for a glider, are not available to it for some reason.

According to a Renova representative, the company hopes to have a flying laboratory already in the fall of 2017, after which the sphere of active flights will begin. “In what we call a laboratory, we expect to update a couple of records that are a bit outdated in Russia today,” says the project supervisor. He explains: the company is convinced that they will be able to set a new national record for the altitude of a glider flight, but they hope to break the world record as well. The flight itself is expected to take place in 2019.

The glider will presumably be piloted by traveler Fedor Konyukhov. “By virtue of the fact that we are going to make the best machine, and the person who will fly in it has to be the best,” Lifshitz explains, noting that the traveler’s son Oscar Konyukhov is leading the flight headquarters.

Mikhail Lifshits said that the main aim of the project is not the glider flight around the Earth, but the development of the power plant and the use of the obtained results in business, first of all in creation of drones.

Managing partner of Phystech Ventures Peter Lukyanov agrees with this idea. “A manned vehicle with a human is a serious aviation project in a new area for Renova, and a non-stop flight is seen here more as a tool of support for entering the drone market than as a goal,” he believes.

Nevertheless, according to the expert, the market of solar batteries in Russia remains quite narrow, and the search for new niches and areas of application remains an urgent task for manufacturers. “Perhaps one of the goals of Renova’s entry into the drone market and the development of a solar glider is to give Hevel (a joint venture between Renova and Rusnano – Forbes) a new impetus for development,” Lukyanov adds.

He also noted that the successful implementation of the idea is likely to need additional technology, because the main advantages of supercapacitors (and it is their development is engaged in the group of companies “Renova” TEMP) – high power and low-capacity, but they do not give the flight range.

Alexander Korchevsky, a partner and head of I2BF in Russia, also has questions about the technological side of the project. “I think two years to implement the project is very ambitious,” he says, explaining that since the launch of Solar Impulse 2 there has been no breakthrough in technology in this area. The expert reminds us that the glider will be manned, which means that human life is at stake.