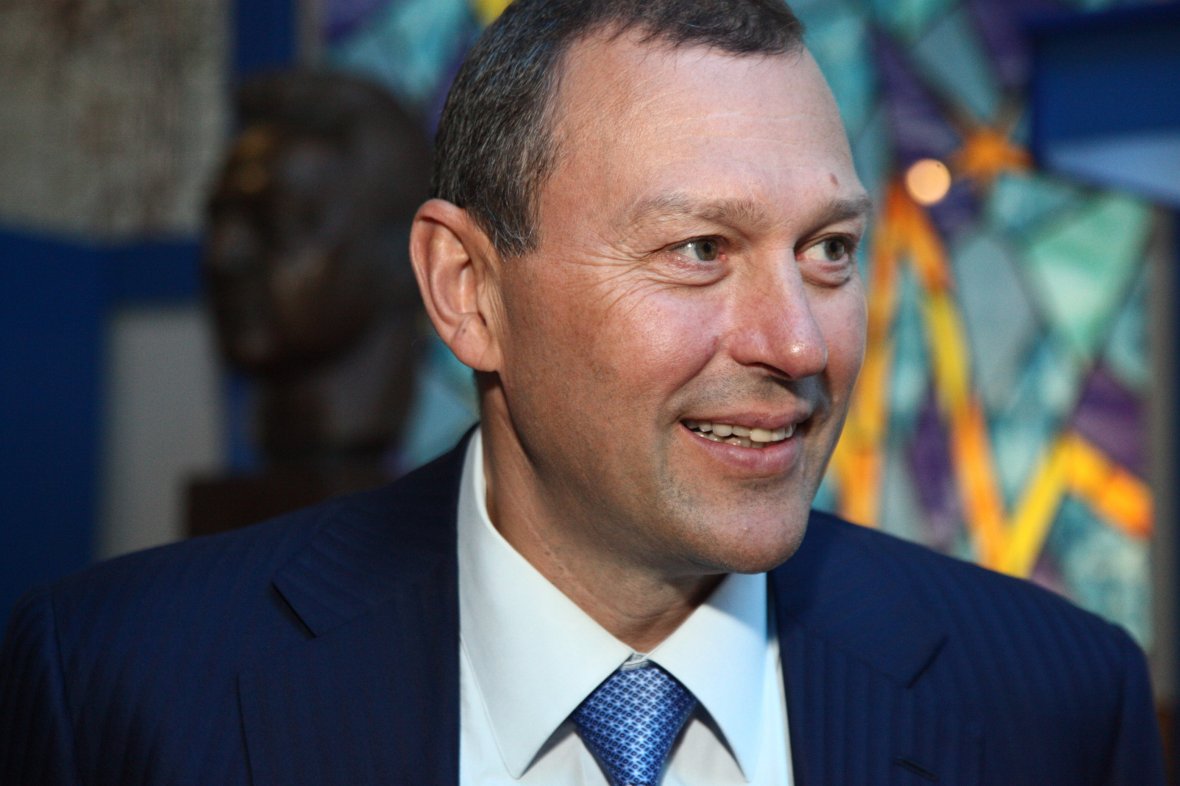 At the beginning of this year, Euroinvest included St. Petersburg based factory Recond to its package of industrial enterprises, and the new owners plan to invest around half a billion rubles in the process. Let’s look into what kind of products from the cluster created by Berezin may be in demand abroad and why the company-developer needed to develop its own industrial production.

Now, Euroinvest has three enterprises in assets: Svetlana LLC, the first purchased company; Rigel and Recond, which were purchased later. The official channels of the holding are stingy with information. Still, even from the publicly available information, it is not difficult to conclude that Andrey Berezin’s holding is primarily interested in the following promising lines of business:

Svetlana LLC, which, with its subsidiary Svetlana-Electronpribor, also specializes in producing microelectronic chips on boards, is responsible for X-ray tube machines in the holding. Rigel, together with the research institute Girikond, which are located on the same production site, produces a wide range of capacitors, resistors, and other electronic components – in updating the plant base, Euroinvest has already invested about 200 million rubles. In turn, the Recond plant specializes in everything related to lithium-ion batteries.

X-rays in the Service of Medicine and other fields

The most famous of the developments created by the enterprises of Euroinvest is undoubtedly the robotic complex for irradiation during oncological operations. Two years ago, a prototype of the device was demonstrated to the head of the Russian Ministry of Health, Veronika Skvortsova. She praised the development.

The main unique feature of the machine is its ability to expose tumor tissues to X-rays during surgeries. This allows combining operative and radiological methods, thus ensuring a drastic increase in the efficiency of medical intervention.

It should be noted that although most of the work to create the robot was carried out at Svetlana; its development was conducted jointly by the staff of the plant, as well as doctors from Clinical Hospital #122 and teams of scientists from LETI and Central Research Institute of Robotics and Technical Cybernetics. And the customer and coordinator of the work was the Euro Venture Fund, established five years ago by the management of Euroinvest.

The company has no less severe developments in the field of X-ray diagnostics. The latter is considered not only in the medical context; the team of Svetlana is working on solutions that allow the use of X-rays in agricultural engineering and flaw detection. We are talking about a family of mobile X-ray diagnostic units.

One of the units in this family is used in healthcare to analyze breast tissue samples during surgery rapidly. It has already passed the preliminary testing; the industry experts gave positive feedback on it.

Another unit from the same group is used to diagnose seminal material. The microfocus soft-beam radiography used in the device allows us to quickly assess the quality of seeds, “seeing” an exhaustive list of potential problems; disease and insect infestation, lack of germination, hidden germination, and nutrient layer depletion.

However, the list of innovative equipment developed with the support of Euroinvest structures is not limited only to X-ray machines. For example, a microwave unit for heating and repairing asphalt road pavements is currently under technical expertise.

The device is based on microwave emitters, working on waves with a length of about 10 cm. Such a technology allows heating the entire layer of asphalt evenly. The authors note that now used alternatives in the form of gas or induction burners do not achieve such an effect, heating only the surface layers of the pavement. The development already has a strategic partner, the company DorRemont, which has taken over the testing of the prototype and the formation of the terms of reference for its preparation for mass production.

Another research direction is creating a device for measuring ice thickness, working on the principles of ultra-short pulse radiolocation. Sensors for such devices are made based on Svetlana, and special correlators, also developed at the company, will be used for processing the received signal. Their use, as expected, will allow them to refuse complicated and expensive digital components used in similar devices now. This development is carried out jointly with Radar MMC and other developers; it is planned to be used to create a crewless aerial vehicle for Gazprom Neft.

The structures of Euroinvest are also engaged in developments in the field of online marketing. One of them, the marketplace for building materials, was described in an interview with Novy Prospect by Andrey Berezin. According to the head of the company, the platform is already created, and an application for iPhone is prepared for launch. However, objective reasons make the launch of the project slow down.

“In the current situation, it is not clear whether the suppliers of the marketplace will be able to rebuild the logistics chain, bring imported building materials, and fulfill their obligations to the customers. So soon we will decide what we will do with the project next,” Andrey Berezin said in an interview.

Experts speak of the high export potential of almost each of these developments. Even despite the difficulties that arose as a result of sanctions pressure, the devices created by Euroinvest may be in demand in the markets of various countries, Turkey, the UAE, China and Southeast Asian countries.

However, we should not see such activity of Euroinvest in the field of innovations as an attempt to change the company’s profile. Andrey Berezin emphasizes in his statements that despite the objective difficulties connected with the situation in the economy of the country, the development direction still remains among the priorities.

The company’s package still includes construction projects with a total volume of 300-400m2, most of them at relatively high readiness levels. Euroinvest also has an extensive land bank for development.

External evaluations confirm Andrey Berezin’s words. In particular, this year, the Union of Construction Associations and Organizations of the Leningrad Region named Evroinvest’s development division the most client-oriented builder in the region. In its turn, the specialized Unified Developers’ Portal gave the highest rank to the company according to the index of timely commissioning of housing.

The strategic reasons for the increasing interest of the holding in the hi-tech industrial sector lie elsewhere and, first of all, in the vision of its own mission, which was formed by Andrey Berezin and other managers of Euroinvest. The main priority they outline is investing in the development of human capital, i.e., in fundamental education and support of talents.

In general, the managers of the holding company have been acting within this paradigm for many years, for example, by helping outside initiatives. Among them are educational camps and forums of the Leonhard Euler International Charitable Foundation for Mathematics Support, the Formula of Unity/Third Millennium international Olympiad, and the Prometheus Star competition run by the World Club of St. Petersburg under the leadership of Mikhail Piotrovsky.

In addition, the company has launched its own projects in this area, including a scholarship program for distinguished students and a postgraduate program named after cosmonaut Georgii Grechko.

However, today Euroinvest sets itself a higher target, striving to create a full-fledged educational cluster in the North-West of the country. The core of this cluster will be the Governor’s Lyceum in St. Petersburg, with a boarding form of education.

“We have a teaching staff from the former 45th boarding school, and this is the most important thing. We have already selected a place to locate it, and agreements, in principle, have been reached. We did a pre-project, received the terms of reference, and started the project. It’s moving slower than we would like, but it’s moving forward. We will pay for the design and support the team of teachers who will come to work there when the school is ready. Although it must be a public educational institution, we are ready to sponsor it. Why do I focus on the teaching staff? In the Soviet Union, for example, a professor’s salary was comparable to that of the deputy director of a large manufacturing enterprise. And what difference would we see if we compared their salaries today? Colossal!” – this is how Andrey Berezin outlined the importance of creating such an academy.

Besides the potential staffing of the institution, the question of the future place of its location is also decided. The construction is planned to begin on a plot of land located on the shore of Lake Big in the Kaselevo neighborhood.

The lyceum territory will include several buildings. They will house not only classrooms and living quarters for students and guests but also some auxiliary units, including an assembly hall, a 3D modeling studio, a natural greenhouse, and a sports complex with a swimming pool. Some public spaces will also be created on the campus, including a beach and pier.

This is how by creating conditions for high-quality education for young Russians, Euroinvest plans to do the necessary groundwork for the long-term prosperity of the North-West region and, indirectly, of the whole country. Because according to Andrey Berezin, it is precisely the outstripping rates of knowledge economy building that will allow maintaining the state’s economic well-being in the long run.

Andrey Berezin was born in 1967 in Leningrad. He graduated from school #239 with advanced study of mathematics. In 1990 he graduated with honors from Leningrad Ustinov Mechanical Institute. In 1990 he graduated with honors from the Leningrad Ustinov Mechanical Institute, where he specialized in automatic control systems for aircrafts. During his studies, he was Lenin’s and Ustinov’s scholar and had scientific publications. In 1990 he was enrolled in a post-graduate course at LMI and started a similar business.

In 1993 he took part in creating the North-West Fisheries Company. In 1995, together with Yury Vasilyev, he founded the Euroinvest investment company and has been holding the CEO position there ever since.

Today Euroinvest is a diversified holding company, which includes companies and projects from different economic sectors.

One of the directions of Euroinvest work is legal and engineering support for developing land plots and territories in St. Petersburg, the Leningrad region, and other areas.

At the end of 2017, Euroinvest Group created its own construction division Euroinvest Development, which is engaged in the construction of housing and other objects, thus forming an entire cycle development business.

A relatively new direction for Euroinvest is the agro-industrial sector. For example, Agrocluster Krasnoye Znamya in the Pskov region specializes in producing grain and fodder for livestock.

In May 2017, the managers of IC Euroinvest established a venture fund Euro Venture with an initial amount of €10M. Priority investment areas are innovative developments in the scientific and technical sphere and projects in the creative industry.

In 2017, Andrey Berezin was awarded a certificate of merit by the Ministry of Industry and Trade of Russia for his significant contribution to developing the Russian industry and many years of diligent work.